The problem of women’s unequal access to and representation in mainstream media is not new and research studies focused on the European media industry over at least the past 30 years, including work commissioned by EU institutions, have demonstrated the challenges women face in developing a career in the media and being represented in ways which reflect their lived experience. In 1995, the UN’s Fourth World Conference on Women took place in Beijing and from that gathering, the Beijing Platform for Action emerged as a global call to eradicate gender equality from society: one of the critical areas of concern identified was the media. In the same year, the first Global Media Monitoring Project took place which monitored how women and men appeared in news media around the globe. Every five years since the BPfA, reviews have been undertaken to see how far the original ambitions have been met, along with various ad hoc studies undertaken by NGOs, EU institutions and civil society organisations.

Perhaps unsurprisingly, each review and new piece of research finds that although there has been progress, it is slow and uncoordinated, so further indicators are developed, further strategies written. Both the European Parliament and the Council of Europe have produced research and recommendations around gender equality and the media: media organisations have been active in developing internal initiatives to support women’s careers or designed actions to monitor gender-bias in content, but they rarely tell anyone else about them. Civil society organisations have also been active over the past few years and, impatient for a gender-equal future, have been working hard to bring the issue to public attention through the use of digital platforms and hashtag activism such as #metoo and #timesup. However, despite all this good work, the goal of achieving gender equality in the media remains elusive, not least because there are no mechanisms through which to promote the good practices which have been initiated.

That is, no mechanisms until now!

During the launch of the AGEMI project and web platform a range of useful resources focused on aspects of gender equality - including a Resources Bank of Good Practices and learning units -  have been introduced; together with activities developed to build links between students and the world of work: summer school and internships.

As well as demonstrating the AGEMI platform, we also heard from a range of stakeholders about the work they are doing to challenge gender inequality in the media. We believe this kind of knowledge exchange is both necessary and timely, particularly in advance of the Beijing+25 review which will take place in 2020 with the aim of informing the implementation and raising awareness of the gender-media dimensions of the 2030 gender-equality agenda.

Below the programme of the event. A synthesis of the event can be found HERE. And video segments of the sessions

Media coverage of the event

Check out the photogallery to see some of the highlights of the event: 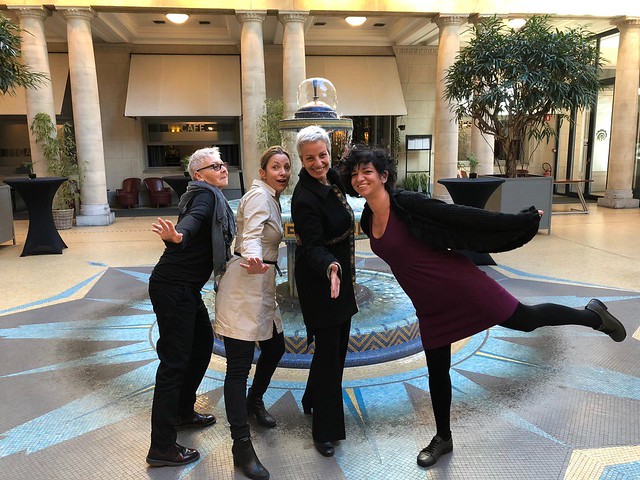