One of AGEMI's main goals is to build bridges between education and employment to prepare the next generation of communicators to be more gender aware.  We translated this into practice through organizing a summer school and a series of internships, thus exploring ways for journalism and media students to engage with media professionals and organisations. We believe that this two phase approach - participating in intercultural exchanges with professionals, and then practicing new knowledge through internship - is an effective and forward looking model.

Gothenburg University's Department of Journalism, Media and Communication hosted the Summer School in August 2018 and 30 students from Newcastle University, University of Padova and JMG/University of Gothenburg participated, as well as a number of media professionals, including:

The purpose of the AGEMI summer school was to raise awareness of the problems of gender in/equality, to share ideas and experiences among and between students and media professionals and to consider a range of good practices which have been developed by media organisations to promote gender equality.

During the week, participants worked through some of the learning resources, developed a range of practical skills including mobile journalism (mojo), learnt from each other and from the media professionals who also attended and generally had a brilliant time.

Check out the photogallery to see some of the highlights of the week: 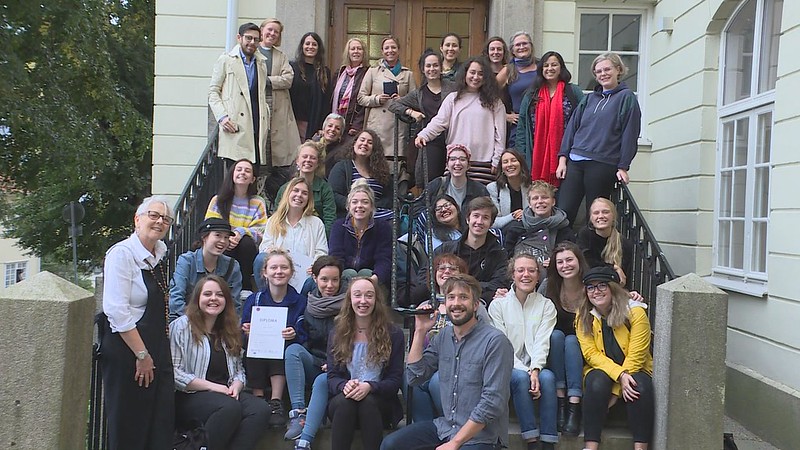 Although students often have the opportunity to intern with an organisation as part of their degree programme, the  innovation of AGEMI is that our internships were specifically focused on encouraging students to get involved in gender equality activities with their intern host.  This was also built on the experience of the Summer School. A total of 27 students took advantage of an opportunity to work with a range of media professionals in formal newsrooms and media houses, but also with advocacy, activist and women-focused NGOs. We are immensely grateful to all our intern hosts who provided a fantastic opportunity to our students:

As part of their intern experience, each student was asked to produce a short film based on their experience and you can see some of their films here.